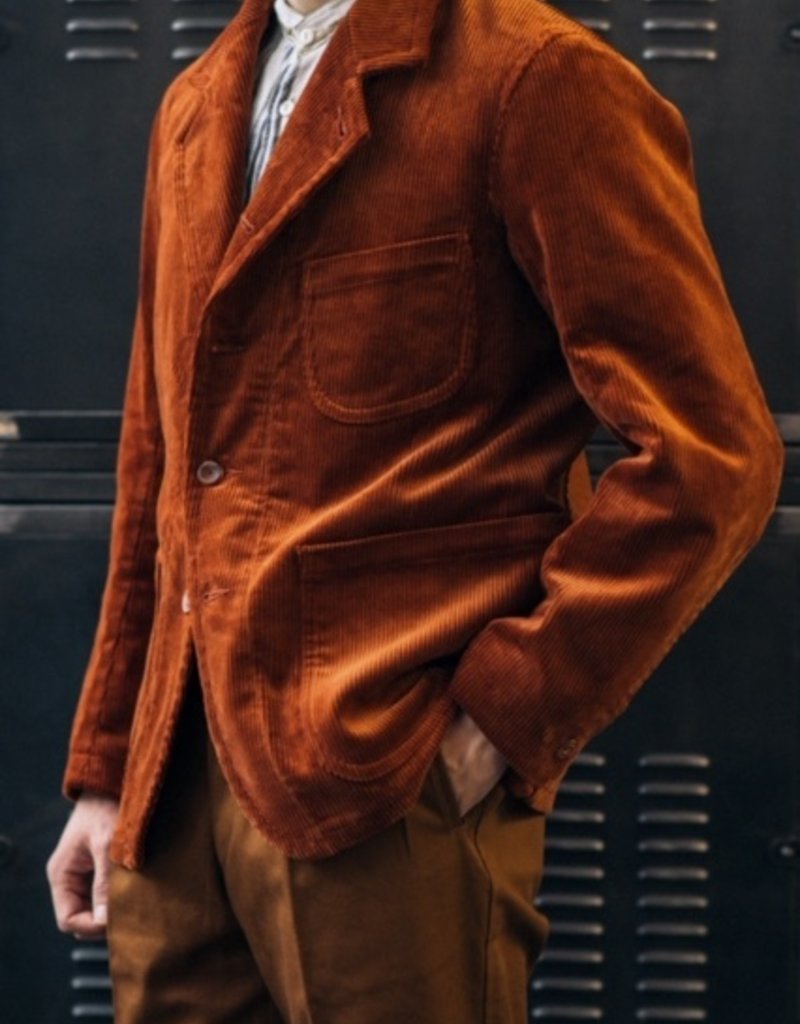 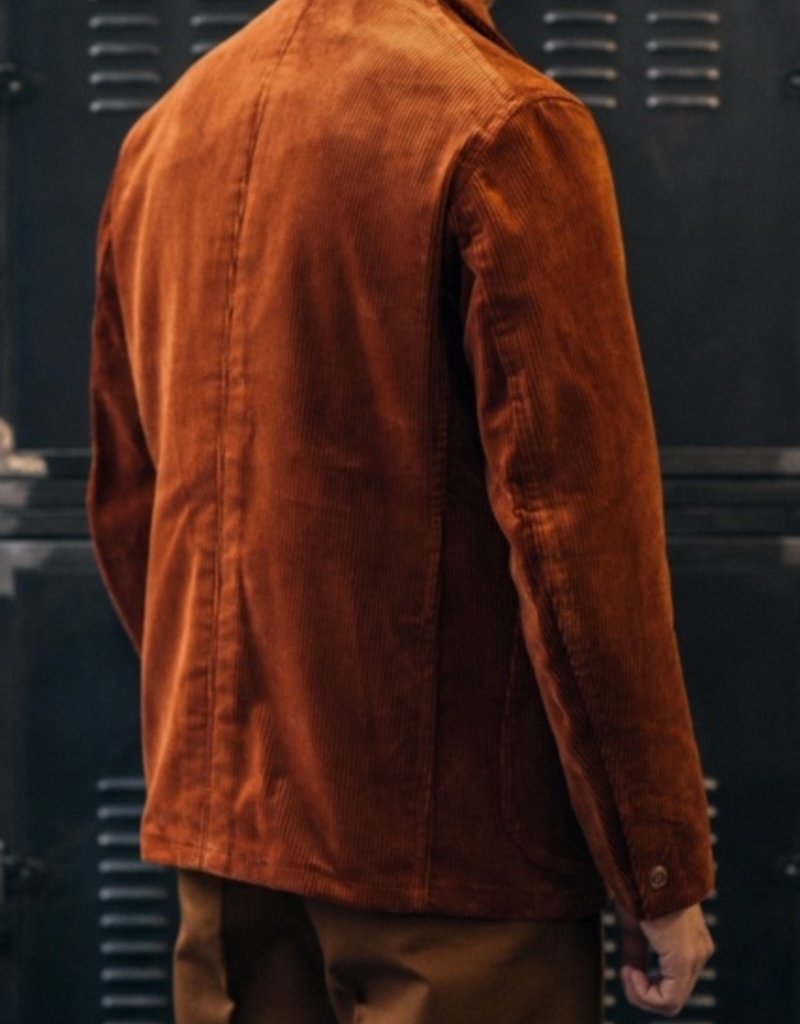 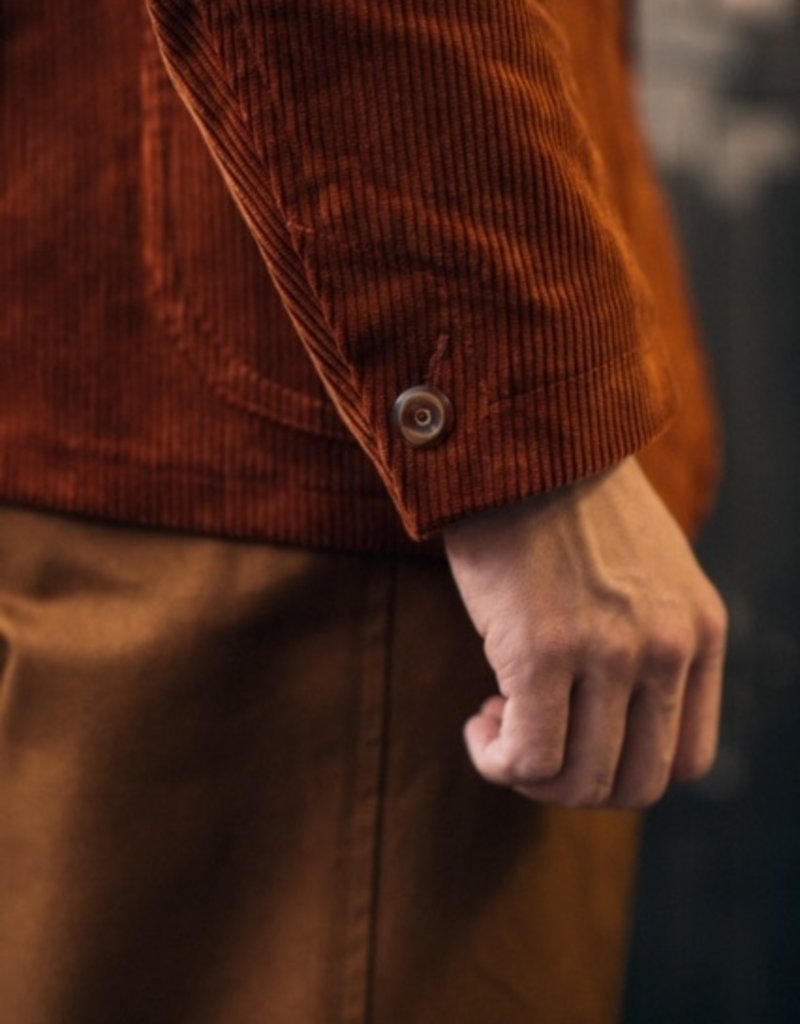 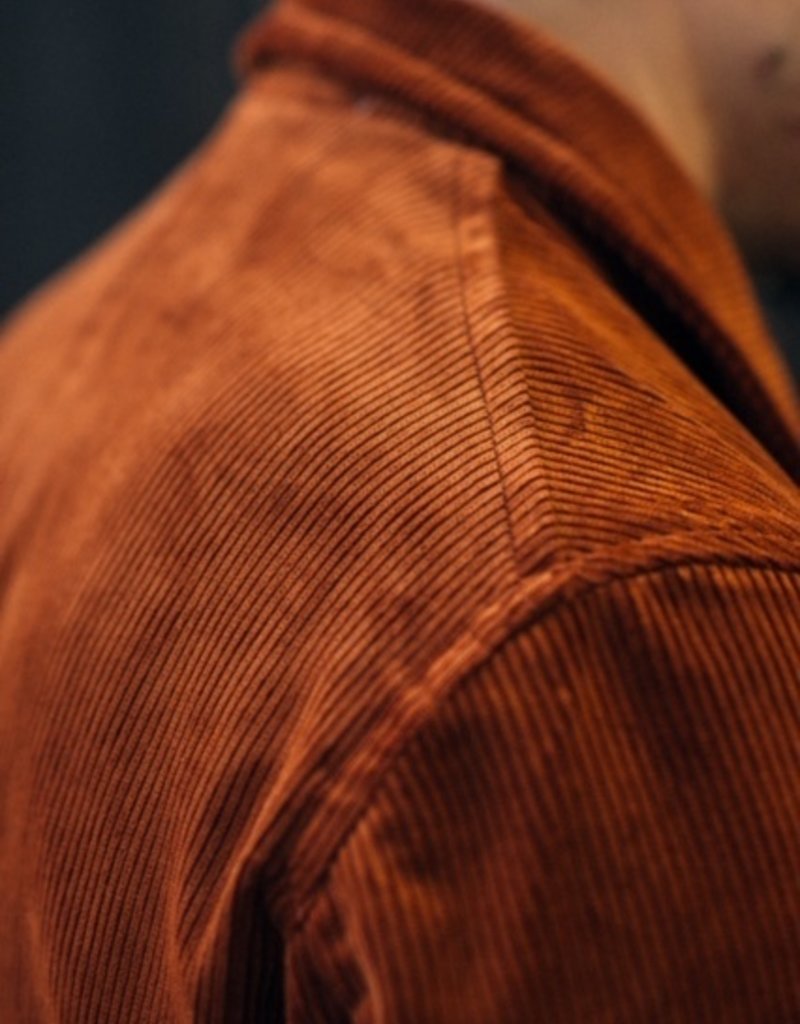 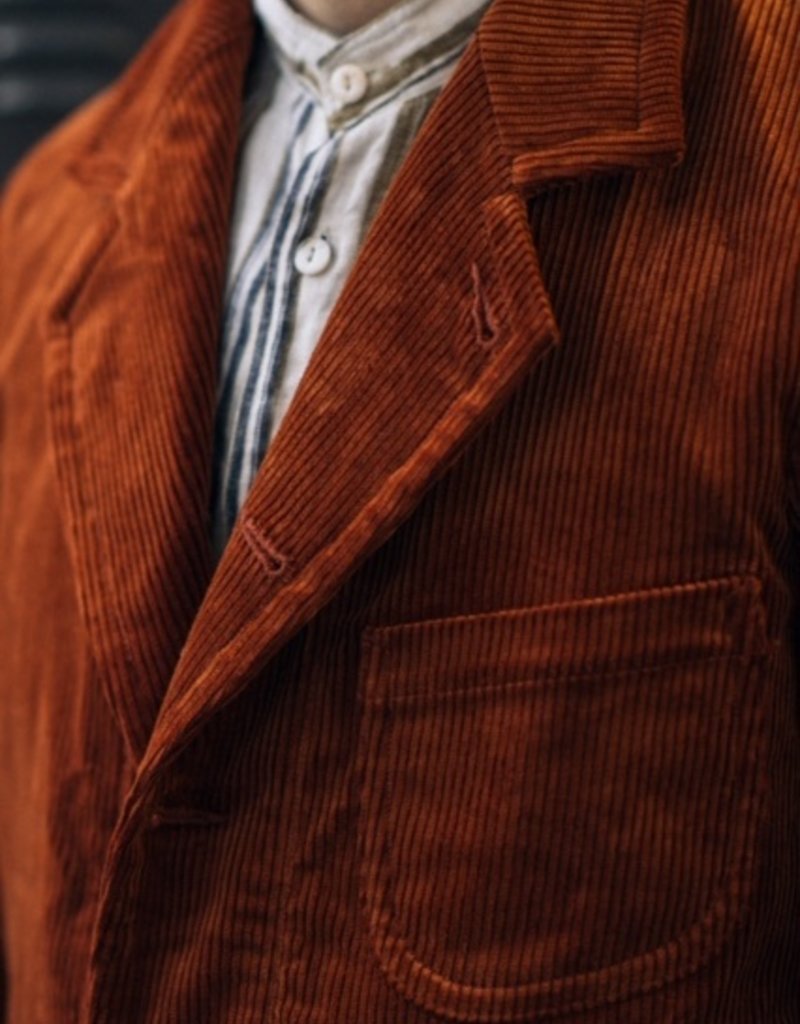 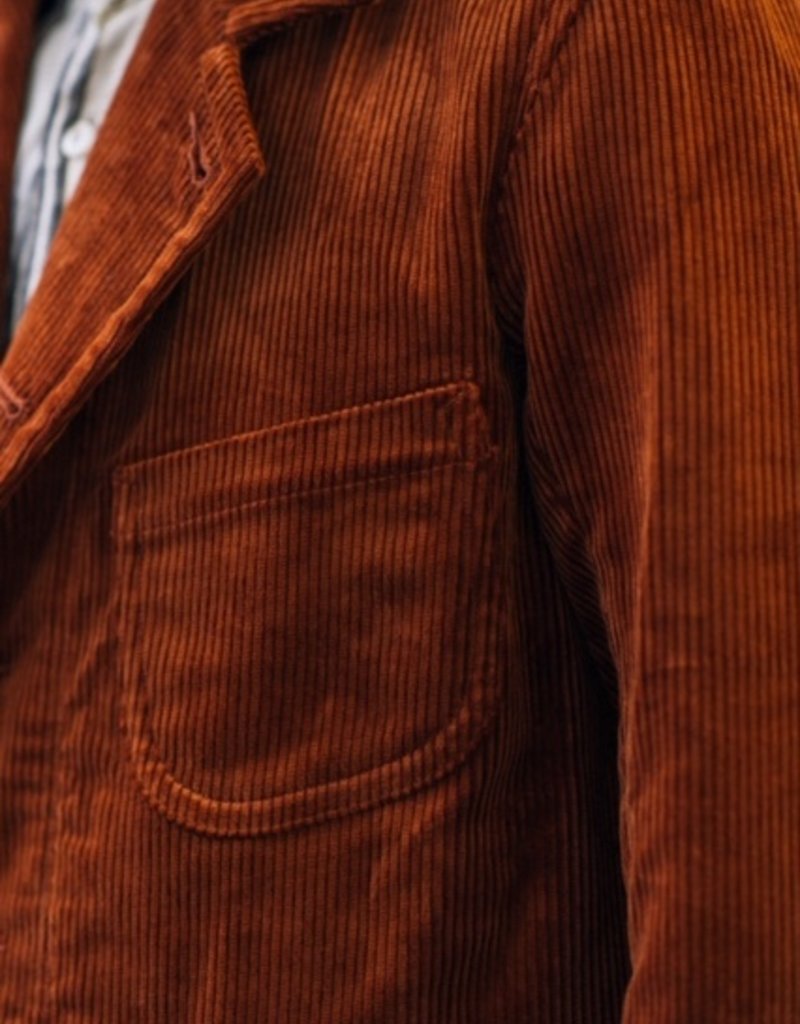 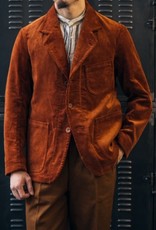 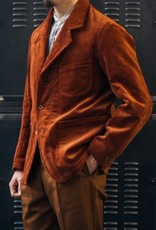 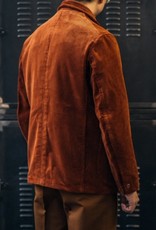 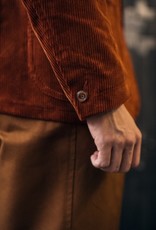 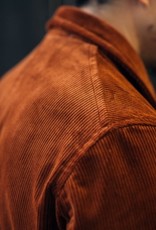 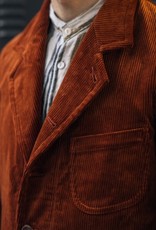 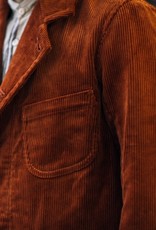 Motiv Corduroy jacket in cinnamon red, a contemporary style blazer in a refreshing yet warm color.

This slim fit jacket has 5 buttons and can be worn in a multitude of ways, either as an outerwear jacket on a sunny autumn day or as a more formal blazer. Originally, this type of jackets were called a sack jacket, which were worn as a lounge suit in the 1920s. During those days people used to wear it with only the top button closed.

The luxurious corduroy fabric is woven by Brisbane Moss, one of the last factories in the UK that can produce this quality. This fabric is a 700 grams corduroy in a rich cinnamon red color tone. The buttons are made of natural horn and the lining is made of cupro bemberg.

Motiv is a small design studio from Beijing specialising in converting patterns from the 1920s and 30s to a more contemporary style and cut. Motiv strictly sources their fabrics from the top level mills in England, Ireland and Japan.